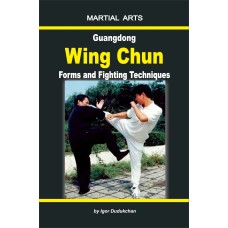 You can get  epub version this book at Google Play

Wing Chun, it is the most famous and dynamic style of Wushu in the world. Its distinctive features are the simplicity and economy of movements, softness, and flexibility, as well as the effectiveness of defenses and the power of attacks. The main purpose of this branch of Chinese martial arts is the fastest achievement of victory in battle with the minimum effort and energy.
The book offered to readers is devoted to an overview of the Wing Chun Kuen techniques, which became widespread in schools of Guangdong province. The book contains a large number of illustrations detailing the features of the techniques of the style and will be useful for everybody who studies the martial arts.