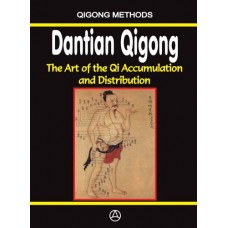 Dantian Qigong - The Art of the Qi Accumulation and Distribution

Отзывов: 0  |  Написать отзыв
Описание Отзывы (0) Похожие товары (1)
Dantian Qigong
The Art of the Qi Accumulation and Distribution
author: Igor Dudukchan
translator: Marina Kondratenko
language: English
The Qigong it is a Chinese art of management of the internal energy Qi. Qigong has much different schools and directions. The most important section of almost in any school of Qigong is the "Accumulation and distribution of Qi." The training person learns to feel the internal energy of Qi first. Then he proceeds to the step of accumulation of Qi. It is possible to train in the removal of Qi through the meridians and saturation the whole body with it.
Paperback, 52 pages
This book is available in EPUB format (ebook)